Smartwaiver Earns a Ticket to the Superbowl 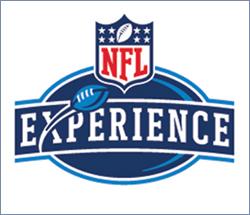 Question: How long does it take to manually transcribe 200k paper waivers into a spreadsheet?

This was one of the many reasons we got a call from the NFL a few months ago (yes, that NFL).

Since 1992 the NFL has operated the NFL Experience, a temporary interactive theme park during the week of the Super Bowl offering participatory games, attractions and kid’s clinics. At last year’s event in Indianapolis, over 200k fans visited the NFL Experience. Each of those visitors needed to sign a release of liability waiver to use the facility and each waiver needed to be manually transcribed… Yikes!

The NFL is expecting similar numbers in New Orleans this year but they’ll be going digital with their waivers for the first time, thanks to Smartwaiver. Fans will be encouraged to sign their digital waiver online before they arrive but for those that show up not having signed a waiver multiple Smartwaiver Kiosks will be set up at the facility to accommodate them.

The office is split on who they want to see win in the big game, but we’ll all rooting for digital waivers!

01/07/2014 Who Participates in Your Activities and When?
Daryl McCarl